Unspecific peroxygenases (UPOs) constitute a family of fungal heme-thiolate enzymes which employ hydrogen peroxide to catalyze regio- and stereoselective oxygenation of both aromatic and aliphatic compounds, an interesting reaction with several biotechnological applications. In the frame of the SUSBIND project, the IRNAS-CSIC (Seville), the University of Dresden (Germany), JenaBios SME (Germany), and the “Biotechnology for Lignocellulosic Biomass” group from Centro de Investigaciones Biológicas Margarita Salas (CIB-CSIC, Madrid), UPOs have employed UPOs for the selective production of unsaturated fatty acid epoxides from plant fatty acids and oils to be used as bio-based binders for board production.

Nowadays, several thousands of putative UPO sequences can be found in genetic databases and fungal genomes, but just a few fungal UPOs have been purified and characterized from their natural producers or heterologous expression in other microorganisms. Although there are examples of UPOs expressed in Aspergillus, yeast, or bacteria, the heterologous expression of UPOs is still the bottleneck for UPOs study and further application.

At CIB-CSIC, the limited repertoire of UPOs enzymes available has been expanded with two new UPOs from the ascomycetes Collariella virescens (syn. Chaetomium virescens) and Daldinia caldariorum obtained by heterologous expression of their genes in Escherichia coli as soluble and active enzymes. These results have been published in the journal Applied and Environmental Microbiology. The purified UPOs have been characterized using oleic acid to explore the fatty acid oxyfunctionalization ability of the two new UPOs by gas chromatography spectrometry. 9-11 epoxy oleic is the main product of the CviUPO, with traces of hydroxyl/keto derivatives of oleic acid. In contrast, no epoxides were found in the reaction with DcalUPO, which generates only the hydroxy, keto, and hydroxyl/keto derivatives of oleic acid.

Homology molecular models of these enzymes showed three conserved and two differing residues on the distal side of the heme. These changes cause structural differences reflected in the widening of their substrate access channels to the heme where catalysis occurs, and are relevant for the different oxygenation products obtained from the unsaturated fatty acid by these UPOs.

Distal side of the heme pockets (up) and surfaces (with heme groupo as CPK-colored sticks) in the molecular models of the new CviUPO and DcalUPO. 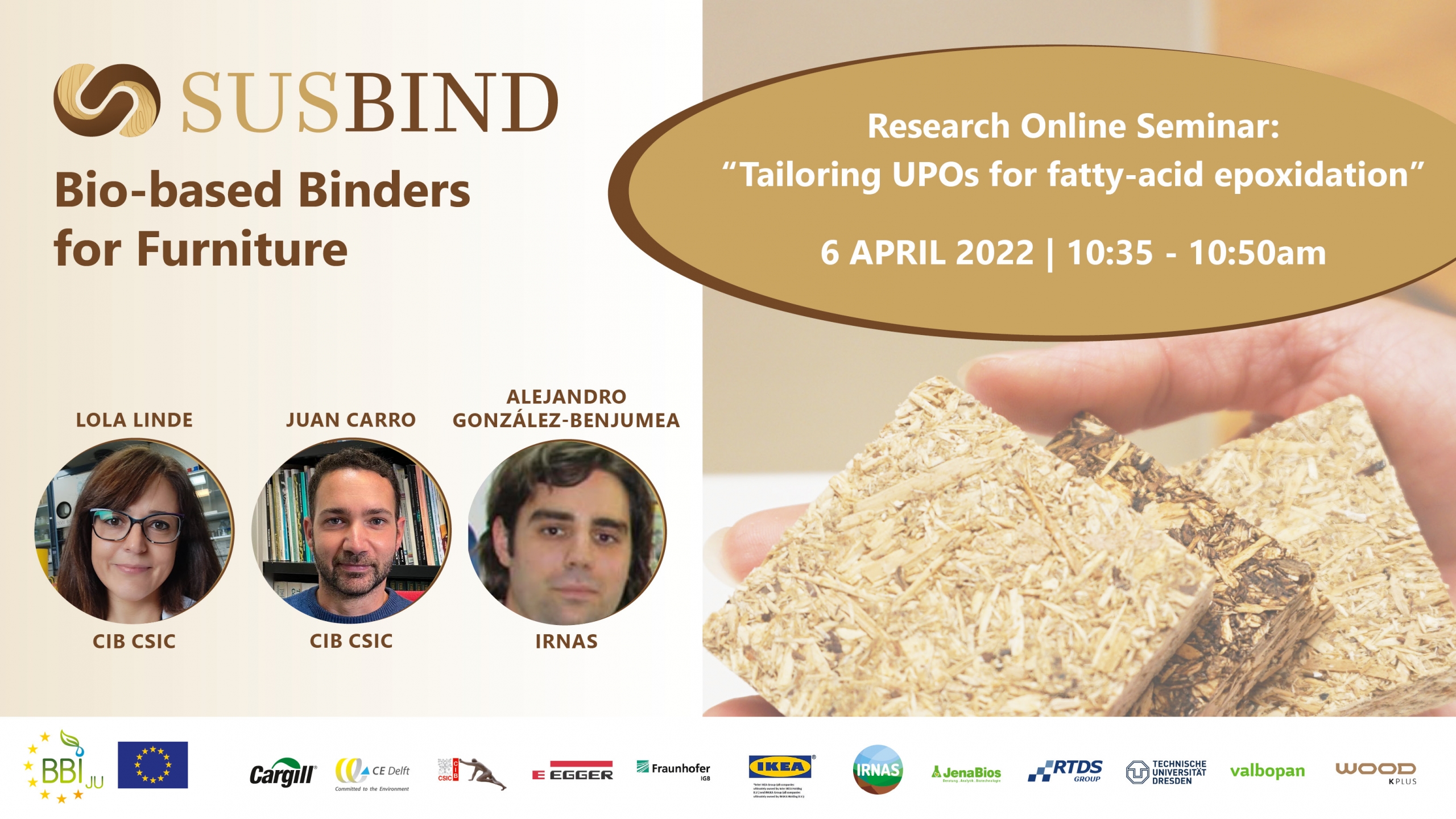 Authors of the scientific article L.Linde, J.Carro and A.Gonnález-Benjumea also presenting their research in the SUSBIND online seminar on April 6.