Several thousand putative UPO (unspecific peroxygenases) sequences have been found in genetic databases and fungal genomes, indicating their widespread occurrence in the whole fungal kingdom, but only a handful of UPOs have been characterized so far, and almost nothing substantial is known on their natural function(s).

Their reliable heterologous expression remains tricky, despite all recent progress in this field.

Caption: Sections of wild peroxygenase (left) and a mutated variant (right) displaying the differences in their substrate access channels leading to the heme cofactor (red sticks). The engineered variant bears two phenylalanines (highlighted in aquamarine) that constrain the channel, switching the regioselectivity of the enzyme towards selective monoepoxide production from polyunsaturated fatty acids.

As a result of international collaboration within SUSBIND project, the CSIC-CIB-IRNAS (Spain), the Barcelona Supercomputing Center, the Technical University of Dresden (Germany) and the SME JenaBios (Germany) recently published in ACS Catalysis the development of novel fungal peroxygenases, which behave as “P450s with advantages”.

Both P450s and peroxygenases are enzymes that catalyse the oxygenation — the introduction of oxygen atoms — of a variety of substrates. Such reactions are very difficult to perform by chemical means, especially when the substrate is aliphatic, as is the case of fatty acids. Moreover, the use of enzymes is generally much more environmentally friendly than that of chemical catalysts. Enzymes are active under mild conditions, have a natural origin and are normally very selective in the catalysis, giving rise to fewer undesired by-products.

So, what is the meaning of peroxygenases which behave as “P450s with advantage”? Which is the advantage? Is the behaviour as a biocatalyst for oxygenation processes as a result of their self-sufficient monooxygenase activity? Yes, unspecific peroxygenases rely on H2O2 for catalysis, while P450s normally need other enzymatic partners and are less stable due to their intracellular nature. Furthermore, the study results give deeper insight into describing the structural basis for the catalytic properties on different fatty acids and, besides, show the potential to produce compounds of high-added value at preparative scale. As Municoy M. et al. have used powerful computational tools, such as the software PELE for ligand diffusion into proteins to simulate the behaviour of the enzymes on their substrates, being able to satisfactorily predict the oxygenation type (epoxidation versus hydroxylation) of the new peroxygenases. Computational data have been combined with the experimental analysis of the oxygenated products formed and process scale-up. Factors related to the enzymatic active-site architecture and the double-bond distribution in the different fatty acids were suggested by the computational analyses identified in experimental reactions and confirmed by site-directed mutagenesis of the heme access channel. In this way, the structural determinants for the catalytic properties of the different enzymes analysed have been unveiled.

The potential of this combined computational-experimental approach opens the door for new biotechnological processes for the enzymatic production of bio-based chemicals, which was further demonstrated by the preparative regio- and stereoselective epoxidation of α-linolenic acid. The product of this reaction, cis,cis-15(R),16(S)-octadeca-9,12-dienoic acid, was obtained by employing wild and engineered peroxygenases attaining 80−83% enantiomeric excess and over 99% regioselectivity. This, and other monoepoxides, from polyunsaturated fatty acids are nearly impossible to be obtained by other chemical means.

Therefore, their enzymatic synthesis developed as a final output of the study, represents a new and interesting reaction given the biological activity of these compounds, in addition to their application in organic chemistry as highly reactive molecules.

Confirming that epoxides of unsaturated fatty acids produced using the above-mentioned enzymes and vegetable oil feedstocks is a valuable finding within SUSBIND in its aim to develop a bio-based adhesive. 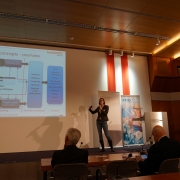 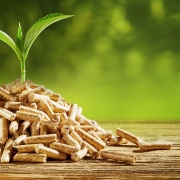 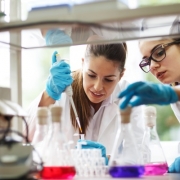 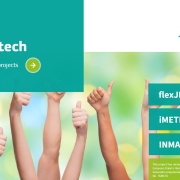 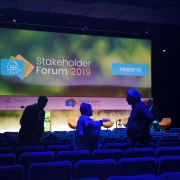 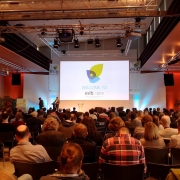 gardenhealth.com Promising enzymatic technology on the horizon & the up-scaling of the epoxidation...
Scroll to top